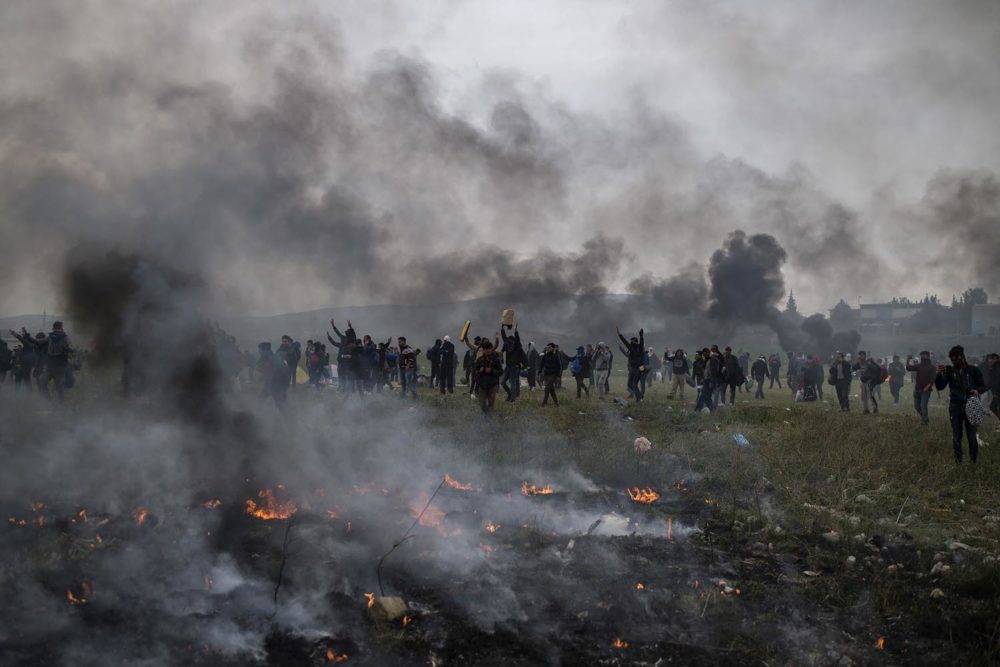 Near a refugee camp in Diavata, a suburb of Thessaloniki, a few hundred refugees engaged in several days of violent conflict with the police. The police prevented them from reaching the border to North Macedonia. There had been false reports claiming that the Balkan route was open. 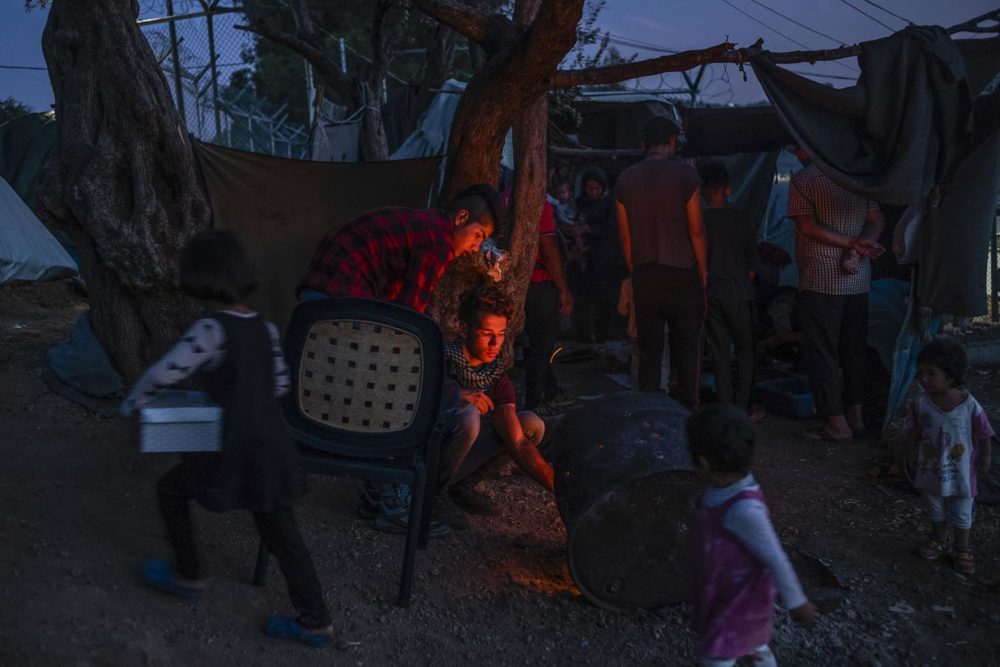 Migrants try to warm themselves by the fire at a temporary camp next to the Moria camp. 26 September 2019. 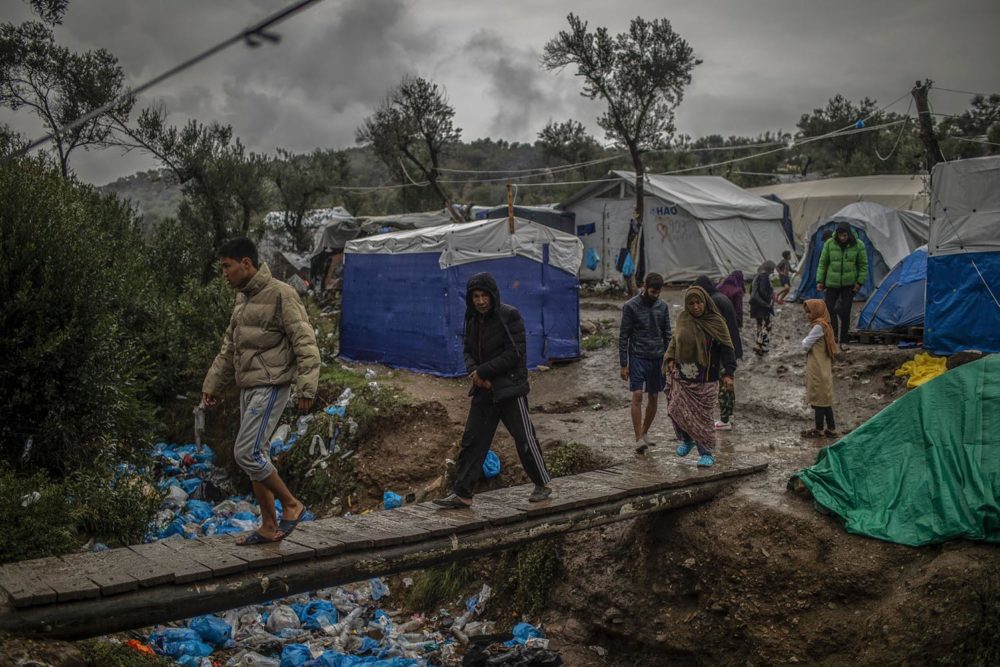 Refugees cross a makeshift wooden bridge at a temporary camp next to the Moria camp. 26 November 2019. 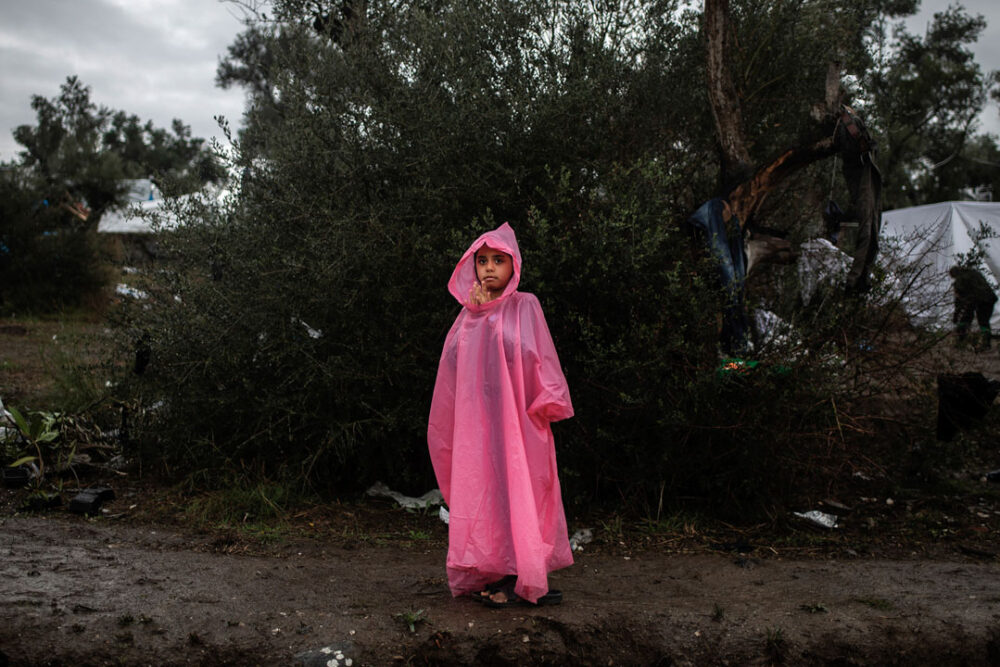 A little girl stands in the rain at a temporary camp next to the Moria camp. 26 November 2019. 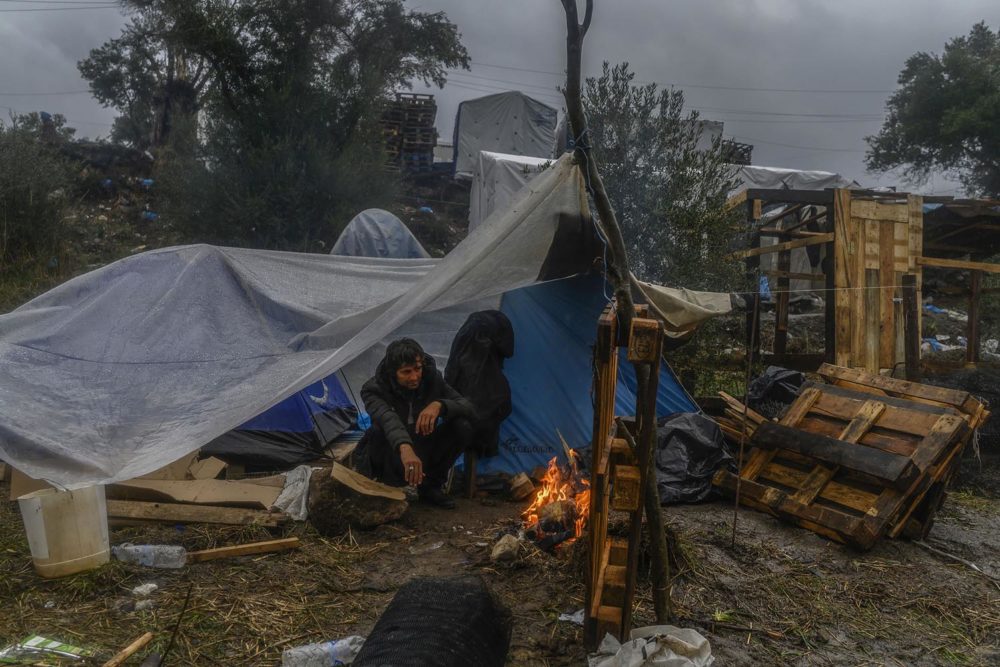 At a temporary camp next to the Moria camp on the island of Lesbos, a refugee has built a fire and is trying to get warm. 25 November 2019. 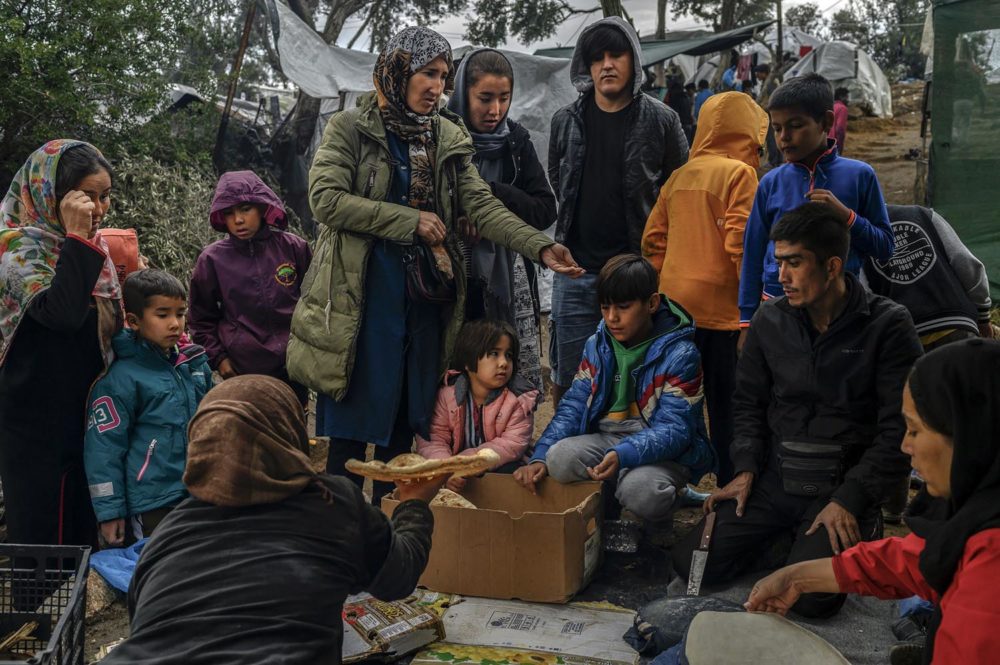 At a temporary camp on the island of Lesbos, refugees wait to buy bread. 25 November 2019. 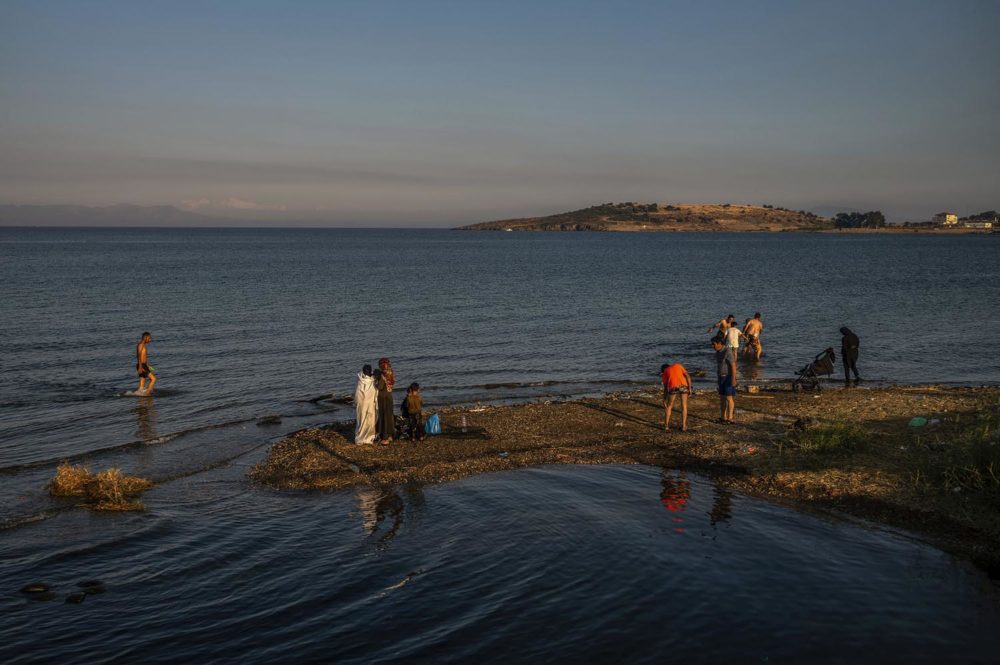 Near a temporary camp next to the Moria camp, a few refugees look on as others enjoy a swim. 26 September 2019. 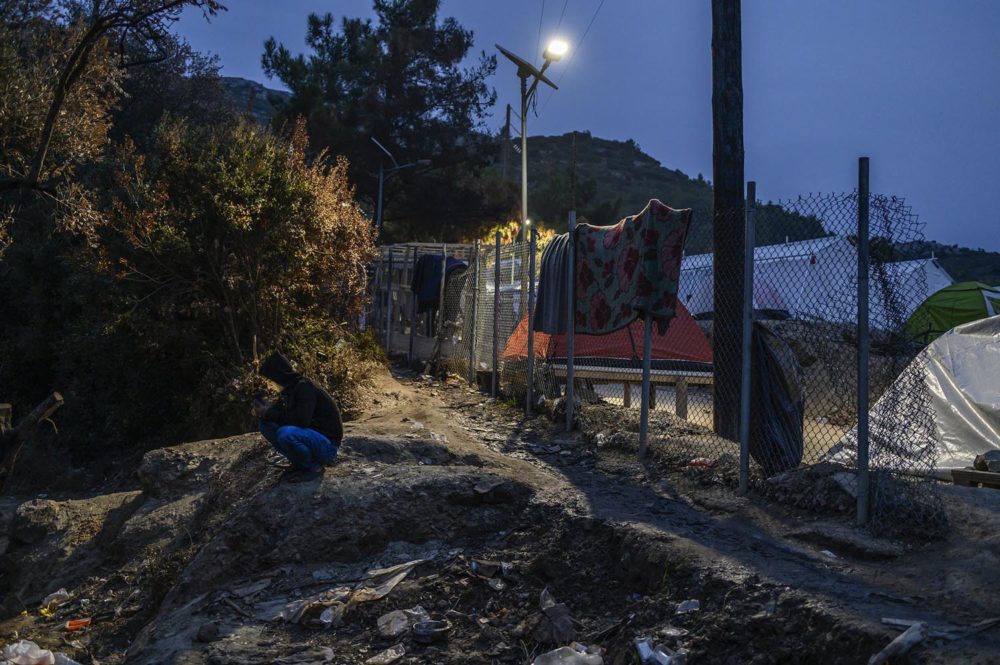 A man makes a phone call outside the refugee camp on the Greek island of Samos. 13 November 2019. 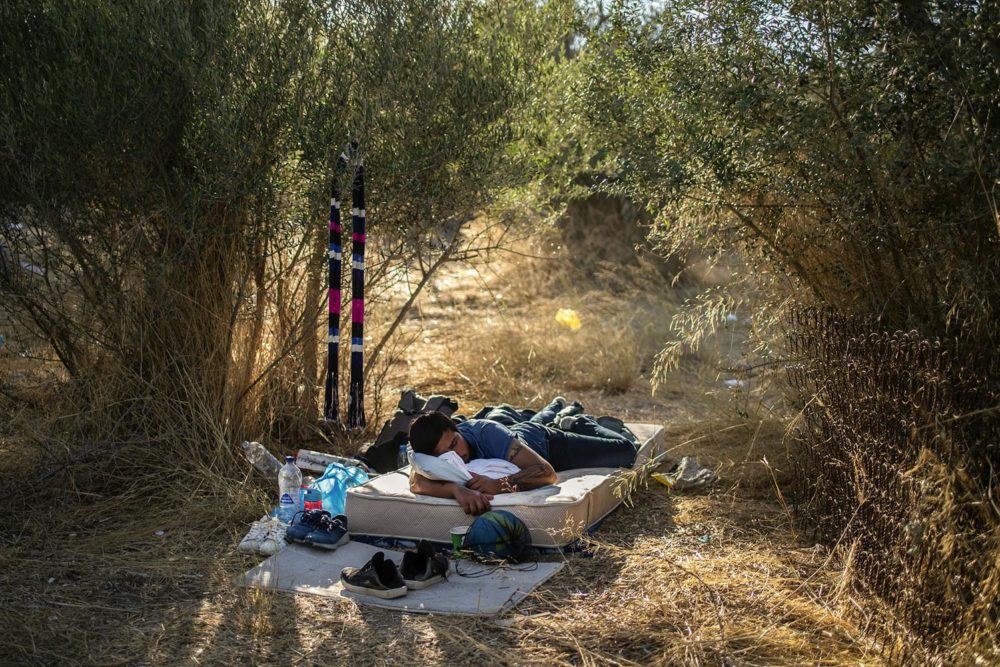 A migrant sleeps outdoors after a fire at the Moria refugee camp on Lesbos. The fire, in which one person perished, led to riots among the residents. 30 September 2019. 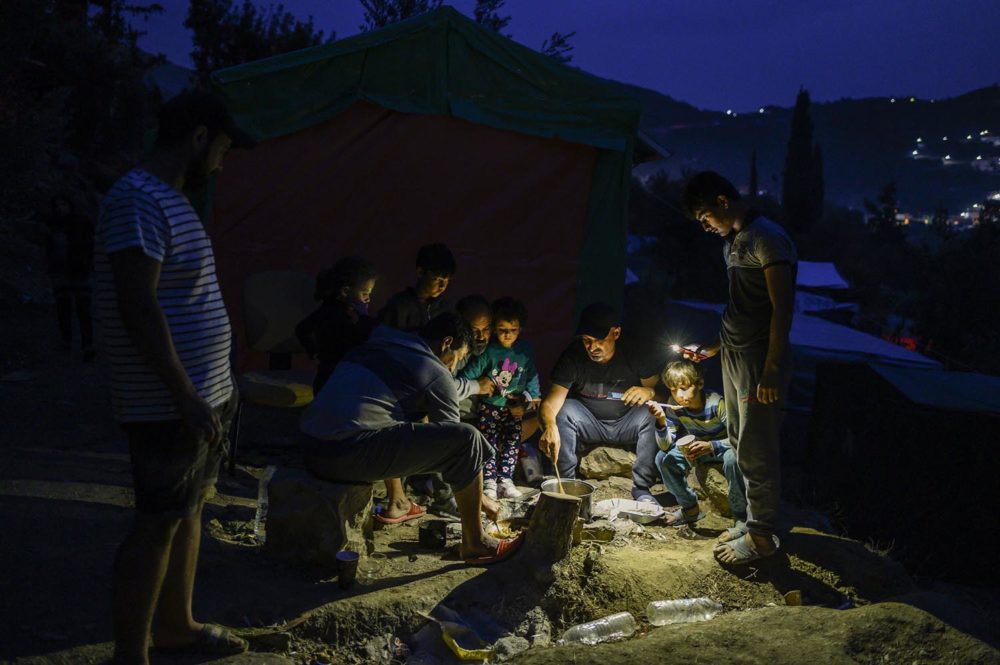 Refugees cook over an open fire near the camp on the Greek island of Samos. This refugee camp was originally planned for 650 people; it is now bursting at the seams. Thousands of people attempt to find space in the hills above the city and build makeshift houses from anything they can find. 13 November 2019. 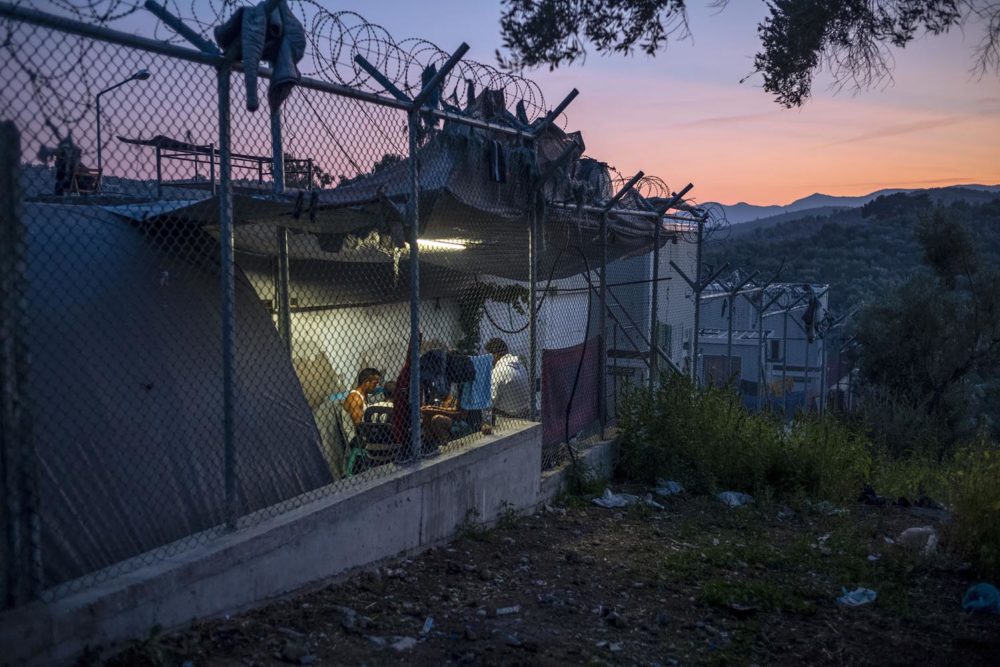 More than 13,000 people, most of whom come from Syria, Afghanistan and Iraq, live in Moria, an overcrowded refugee camp on the island of Lesbos. 26 September 2019. 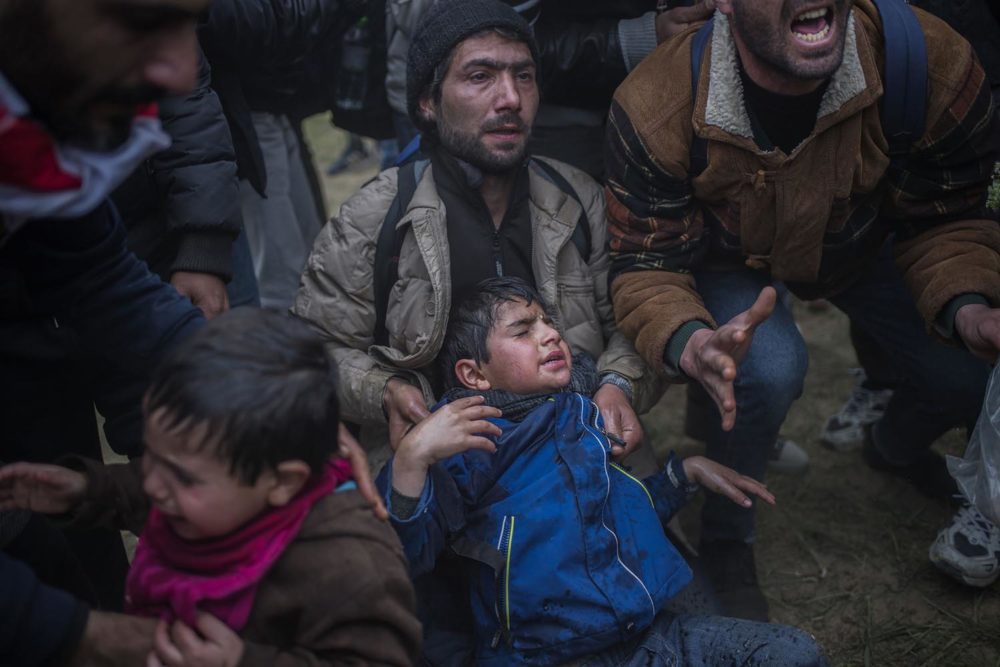 A child’s eyes are hurting from the tear gas used by Greek riot police against migrants outside a refugee camp in Diavata, a suburb of Thessaloniki. Several hundred refugees had gathered there, hoping to march to the North Macedonian border and then continue on to Central Europe. 6 April 2019.

Night after night, people flee across the Mediterranean to Lesbos, the third-largest of the Greek islands. It is home to Moria, the world’s biggest refugee camp. Originally equipped to accommodate 3,000 people, it now houses nearly 13,000. Asylum procedures are supposed to be carried out at this former military installation. However, the authorities have been overwhelmed by the rush of applicants. The refugees, most of whom come from Syria, Afghanistan and Iraq, get stuck in the overcrowded camp for years, exposed to cold, rain and disease for months on end. There are shortages of food and, often, of potable water. Despair, dirt and crime are part of everyday life here. The helpers have exhausted their resources. Greek photographer Angelos Tzortzinis shows the hopelessness of people in a place where they had hoped to find a better life. And every night, the boats still come, bearing passengers who will remain in Moria because no one wants them in Europe.

“This is the third part of my long term project about migration. I have been working on these social challenges for the last 8 years. As a Greek, I have myself lived through the unprecedented and painful transformation this country and its people have undergone – be it as a result of the economic crisis or the so called ,refugee crisis‘. This process has profoundly affected me as well, after all, I am part of this transformation.

Lots of new camps for displaced people have been created during the last years. The only solution for me was to go to these camps and get in touch with the people living there. I am familiar in making contact with people – they really trust me – and also in producing images with external legibility. I learned how to hold myself apart. If I lose distance, I lose my orientation and finally my destination. At the beginning, I was swallowed by their stories. All of my emotions began to affect me too much so I hardly could carry on working. As I’ve gotten older, I’ve become more sensitive to what ‘closeness’ means to me. Every photographer finds their own distance. I try to be inside my subjects while keeping myself apart.

Since the height of the ,refugee crisis‘ in 2016, tens of thousands of people fleeing war and poverty-affected homelands have stranded in Greece. Today, international attention has shifted elsewhere, and local communities, too, have turned against those being displaced. Newly-built fences, refugee cemeteries and many settlements have inevitably changed the ,natural evolution‘ of the urban landscapes. It has been the biggest displacement across Europe since World War II and it remains one of the most important stories of our generation – with many untold facets. It will change the face of Greece and Europe for years to come.

Today, more than 24,000 people – mainly from Syria, Afghanistan and Iraq and amongst them a huge number of minors – live in Moria, which is an overcrowded migrant camp on the island of Lesbos, a former Greek military base. In 2015, Moria was originally a registration centre, but now it holds four times its original capacity. Further in February 2020, Greece’s new conservative government decided to build a closed detention camp for up to 7,000 people on Samos island – a plan which the local authority and community are rejecting outright.”

In 2015, I was named Time magazine’s “Wire Photographer of the Year” in recognition of my photographs that documented two historic events that had befallen Greece over the previous decade. In the first case, Greece’s economic crisis, I was able to document the event as it unfolded over the course of several years. I was not a passive bystander, but was embedded in the situation, capturing the struggles of my own daily life and of those around me. The second, the crest of the wave of refugees and migrants who passed through Greece in 2015, was also a topic that was close to my personal experience.

First of all, I am a Greek photographer. I myself have lived through the unprecedented and painful transformation the country and these people have undergone, be it as a result of the economic crisis or the refugee crisis. The process has profoundly affected me as well, as I am a part of this change. Ι always remember my childhood, growing up in a poor neighbourhood of Athens, where dozens of Iraqi refugees had also set up their homes. They lived in cramped basement apartments, often five or six to a room, in squalid conditions. These are the reasons I decided to cover this project for the past eight years.

The broader our education becomes, the more it will show in our pictures. Photography is not just about nice light and a pretty frame, but about depth and feeling. The world needs images that are less harsh and more empathetic. I sometimes worry that we have exhausted our audiences. We should not be influenced by what the editors will think. It’s a struggle that requires vigilance. We can’t do everything on our own. We artists need each other; we need communities.

© for all photos by the photographers
© for all videos Lumix Festival Hanover, if not indicated otherwise. 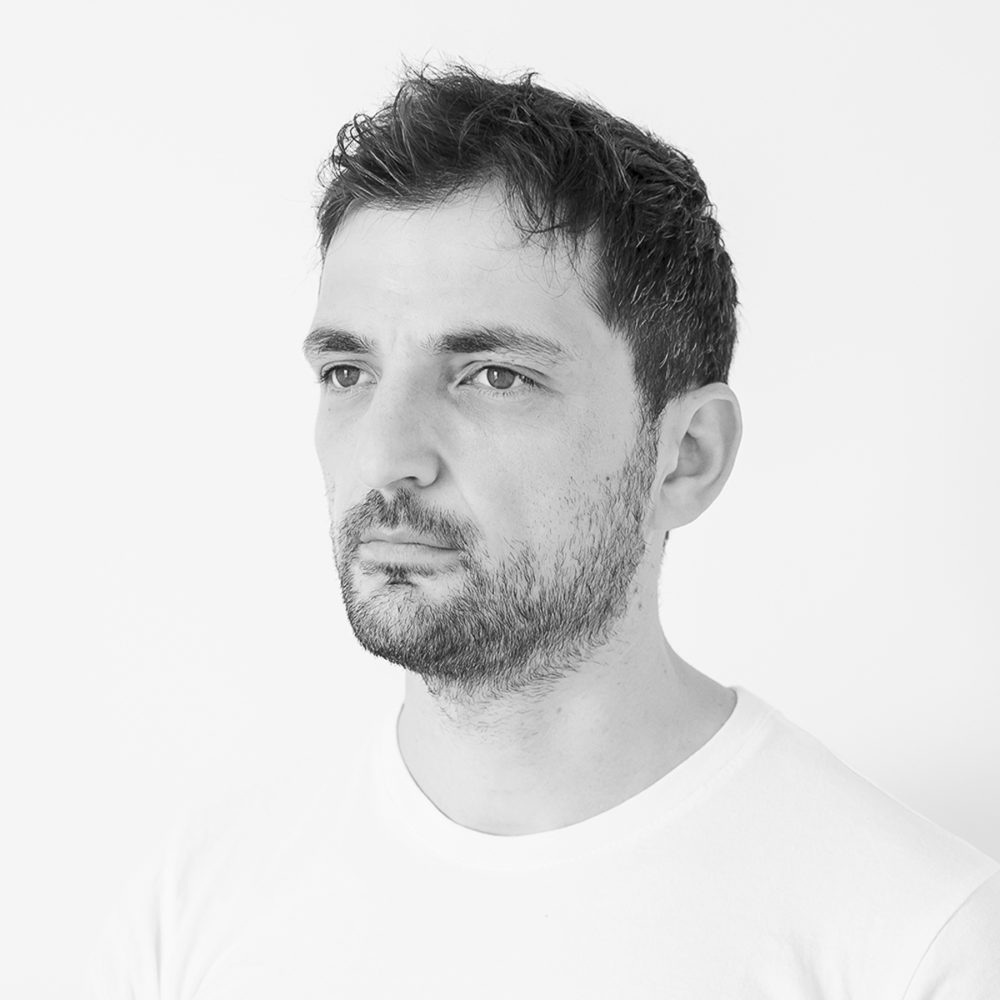 *1984 in Aigaleo, Greece
From 2005 until 2007, Angelos Tzortzinis studied Photography at the Leica Academy of Creative Photography in Athens; since then, he has worked as a freelancer for AFP, TIME Magazine, Le Monde, National Geographic and other publications. In 2015 he was not only distinguished by TIME Magazine as Best Wire Photographer, he won several prizes as well. After 2012 and 2018, 2020 will be the third time his works appear at the Lumix Festival. www.angelos-tzortzinis.com 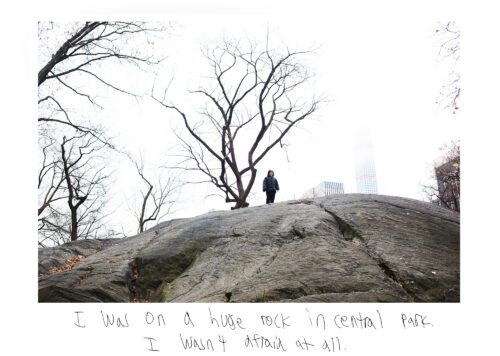 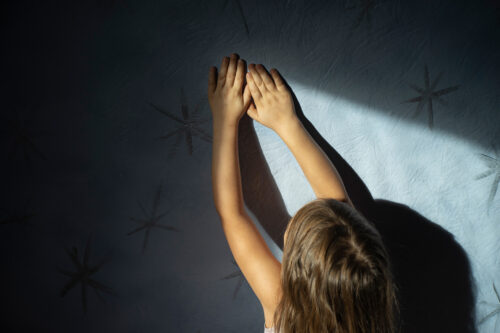