It has always been a central task of photojournalism to provide the recipients with visual access to the world that they would otherwise be denied. Especially when the viewers themselves cannot be witnesses of the events, photographers convey impressions and insights of how they experience the world. In this way they shape our collective consciousness for global events outside our own field of vision. Despite the democratization of the medium, this is valid especially for reporting from crisis, conflict and disaster regions.

As a result of the Corona crisis, some 2.7 billion people around the globe have been affected by restrictions on their daily lives. In these times of global uncertainty, people are demanding information, because in most places the inaccessible part of the world lies just outside their own doorstep. Particularly in the first weeks after the WHO declared the SARS-CoV-2 pandemic and the subsequent reactions of the global community, it seemed to be more difficult than ever before to get an idea of the state of the world, not least because the work of professional photojournalists was and still is in parts severely restricted.

In a time when the entire planet is becoming a crisis region and there seems to be only one dominating theme, the LUMIX Festival focuses on all those photographers who are working in crisis mode. Photographers whose pictures tell us stories of the everyday, which is suddenly no longer just banal – and visually offers much more than locked playgrounds and empty toilet paper shelves. As well as photographers who find ways to create photographic intimacy, while for many of them even their own family has been pushed into the distance by contact bans and exit restrictions.

In his work Espen Rasmussen usually focuses on humanitarian issues and the challenges related to climate change. On his recent project, “The Longest Day”, he has been working since he went into isolation with his pregnant partner Julia and his kids on March 13. For two months, he followed his three kids and Julia towards giving birth during the lockdown in Norway. In his “very first personal project,” Espen Rasmussen produced intimate, atmospheric images of his life at home showing the mundane routines, insidious fear, and soul-stirring humanity of the coronavirus crisis coalesce. For our topic of the day “In Crisis Mode” Espen Rasmussen will talk about “The crises on your doorstep – photographing and picture editing during Covid-19”.

For the past weeks Ingmar Björn Nolting, photographer from Leipzig, has been traveling around Germany under strict precautions for his photo essay on the Corona crisis. germany-coronavirus-crisis-photos From medical workers to asylum seekers, from Easter services held at a drive-in cinema to the situation at the newly closed border between Germany and Switzerland he focuses on the small stories that play out within a global pandemic. 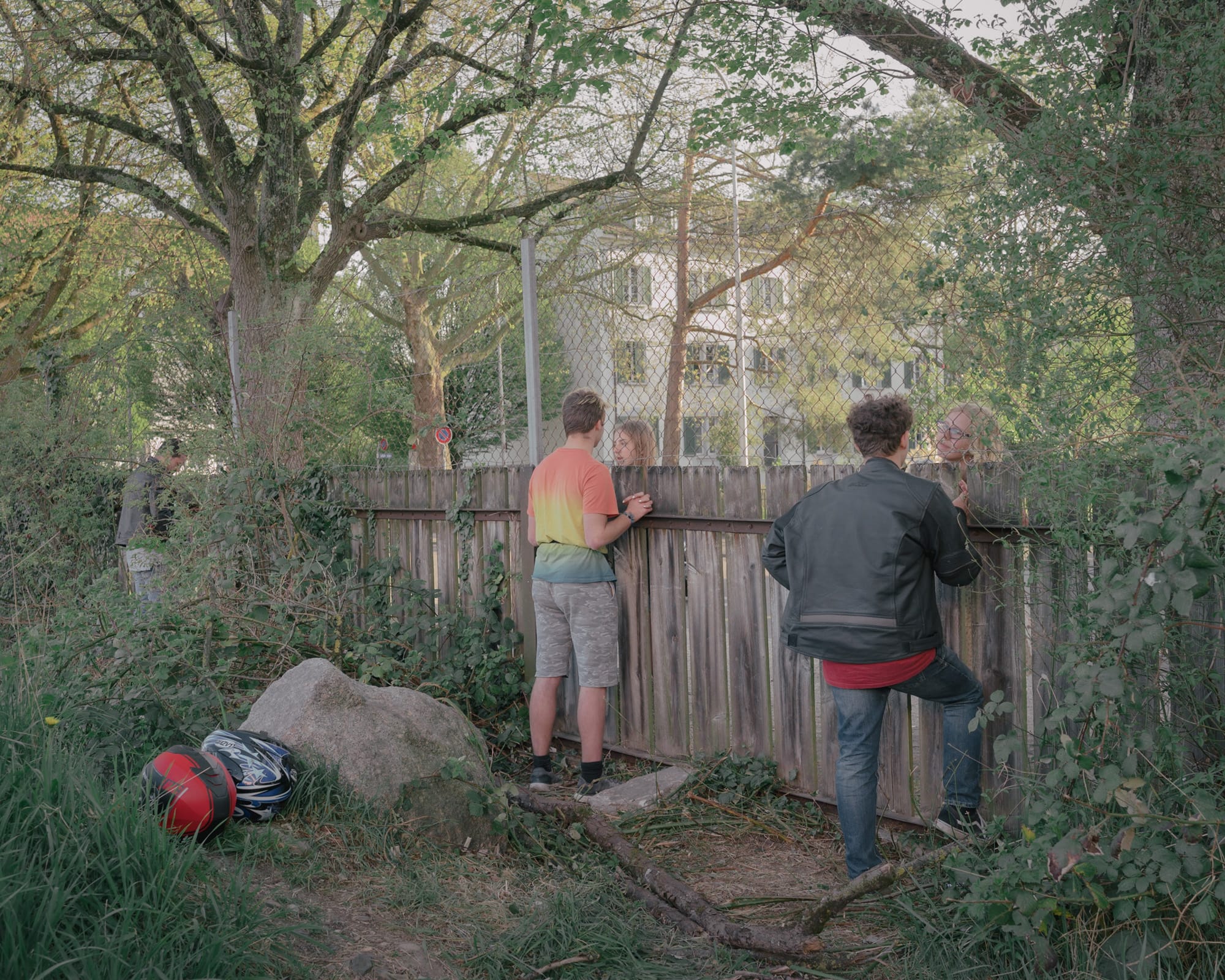 An international border runs between Konstanz, Germany, and Kreuzlingen, Switzerland, but residents moved freely between the municipalities before the COVID-19 pandemic. Then, in hopes of limiting infections, officials erected first one fence and, two weeks later, a second one, with a gap of several feet in between. At this particular spot the physical contact was possible after all. There was only a single fence here, which ran along the border even before the border was closed. Photo: Ingmar Björn Nolting

Robert Capa’s much-quoted and often criticized saying “If your pictures aren’t good enough, you’re not close enough” was long considered the credo of photojournalistic encounters with the world. Closeness, in other words the physical presence at the scene of the event, can still be seen as indispensable for the telling of photographic stories. The photographer’s ability to build up a human relationship with the people involved and to convey this in pictures, involves the viewers emotionally. Often it is this particular closeness that gives photography its most powerful impact.

In times in which everyday life is severely restricted by contact bans and curfews, even for photojournalists worldwide, it is often difficult to establish both the one and the other proximity. During the ongoing SARS-CoV-2-pandemic, many photographers were forced to look for new ways to visualize their view of the world and tell their stories against all odds.

Only a few of them have been able to overcome all the barriers and create a closeness to people that makes their narratives unique and catchy. One of them is the sociologist and documentary photographer Mary Gelman, born in 1994. 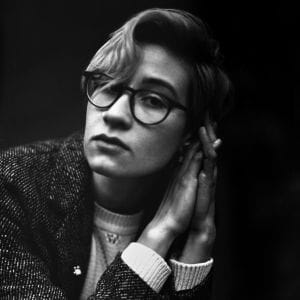 As a member of the renowned photo agency VII, Mary Gelman focuses on independent photographic projects, which have been awarded the Leica Oskar Barnack Prize, among others. In her work she explores larger social contexts through close personal narratives. In doing so, she repeatedly pursues relevant questions about gender and body, boundaries and identity, discrimination and the human relationship to the environment. Mary Gelman lives and works in St. Petersburg.

Rafael Heygster and Helena Lea Manhartsberger, both part of the LUMIX competition, started a collaborative project to capture the surreal tensions of life during Covid-19. In this Instagram Live Talk they will talk with Karen Fromm about their motivation, how they developed the story and how the blurring of the border between reality and fiction might be put into the picture.

The Video Interview will take place in German language. 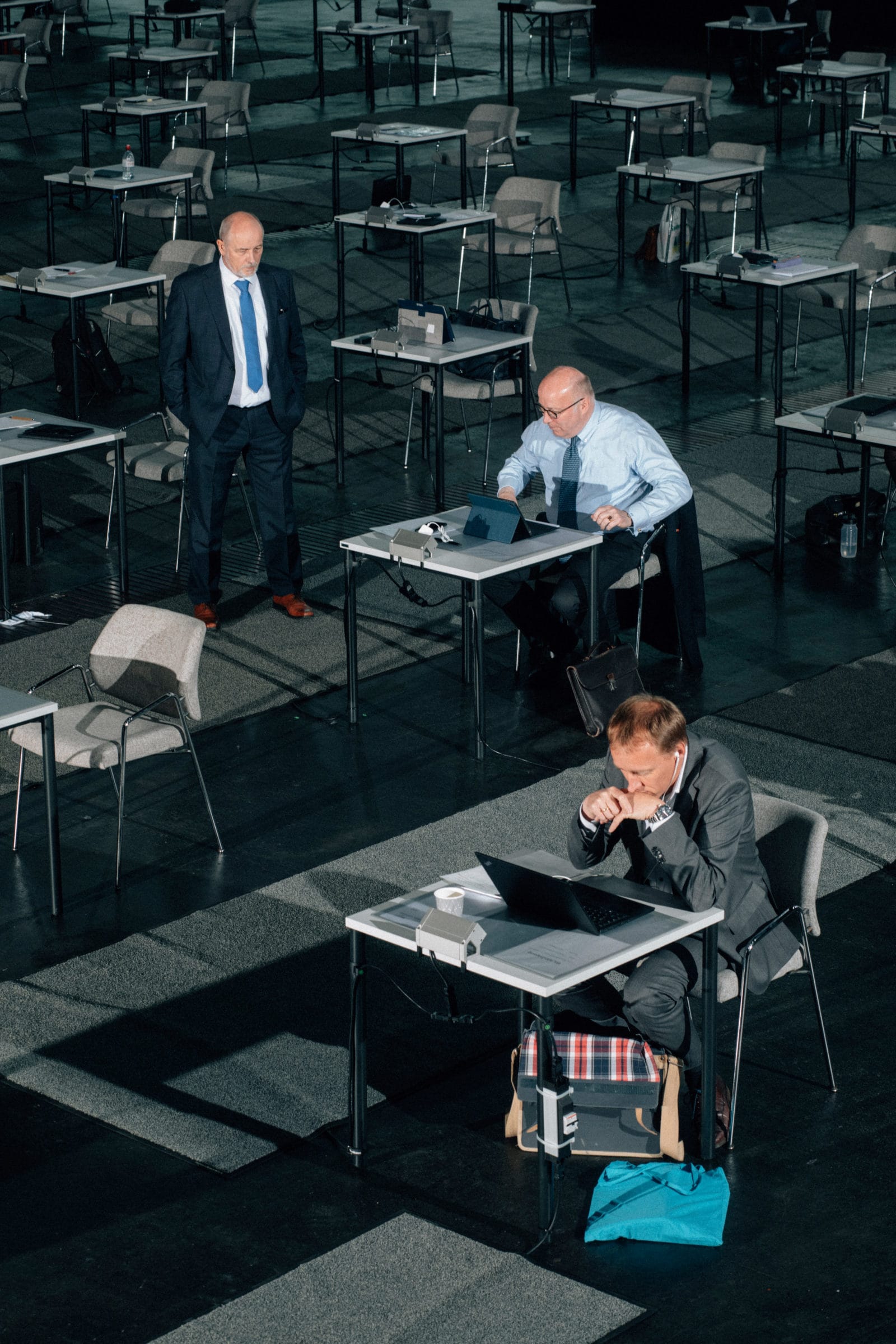 The city parliament of Bremen meets in the exhibition halls. Each member of parliament has his own small table, which is set up at a minimum distance of 1.5 metres.

The campaign “seidabei-trotzdem.de” is intended to protest against ghost games in football. The economic interests would be put above the health of the people, fans criticize. They demand that the season should only continue when the stadiums are safely accessible again. At “seidabei-trotzdem.de” fans can upload their own photos online, which will be printed on cardboard stands and placed in the stadium. So far, about 21,000 people have participated.Photos: Rafael Heygster & Helena Lea Manhartsberger

»I am a Greek photographer. I myself have lived through the unprecedented and painful transformation of the country. I was not a passive bystander, but was embedded in the situation, capturing the struggles of my own daily life and of those around me.«